Plans to expand Elstree Studios and provide a post-lockdown jobs boost for Hertsmere by building two new soundstages on the site of the former Big Brother house have moved forward.

Our councillors agreed at an Extraordinary Full Council meeting yesterday (Wednesday 26 August) to approve £6 million of match funding to build the new stages and ancillary facilities such as workshops, subject to formal notification that another £6 million of government funding will be granted for the project via the Hertfordshire Local Enterprise Partnership (LEP). The expansion plans have already attracted interest from major production companies and hopes are it will lead to the creation of at least 800 jobs per year over the next 50 years, plus apprenticeship opportunities for local school leavers and the unemployed. In addition, it was agreed at the meeting that £100,000 per year of the project’s profits will be invested into the creative industries in Hertsmere, including local media and creative enterprises and initiatives.

Currently, Elstree Studios is home to BBC’s Strictly Come Dancing and Netflix series, The Crown. However, the lack of space has meant TV shows including a number of long-term drama series and four major big budget feature films, have had to be turned away, resulting in almost £30 million of lost revenue over the last 18 months. Elstree Studios is owned by the council and managed by Elstree Film Studios Limited. 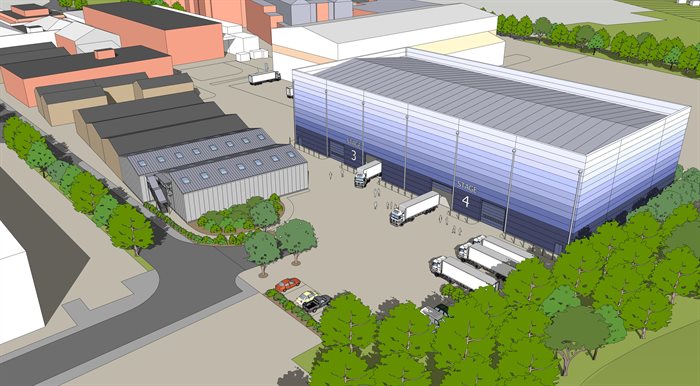 Leader of the council, Cllr Morris Bright MBE said: “Elstree Studios represents the beating heart of our borough – it is a fundamental part of our heritage having been in operation here in Borehamwood since the 1920s.

“We are committed to realising this project as a huge boon for our residents and businesses; the wider Hertfordshire community and the UK’s creative sector.

“The two new sound-stages will result in 800 new jobs and more than 100 new learner or apprenticeship opportunities per year, providing much-needed and very welcome employment and training opportunities for local people.

“If realised, this project will come at a time when many of our residents are experiencing severe financial difficulties following the coronavirus pandemic.

“Now more than ever, we need Elstree Studios to thrive and these new state-of-the-art studios will secure its future for generations to come.”

“We also have a mission to train more young people from the area to work in the film and television industry. To further this outcome, The Elstree Screen Arts Academy formerly called the Elstree UTC will be working closely with all the studios in Hertsmere, to create custom vocational courses for young people to fill the skills shortages in the growing UK creative sector.

“The increase in capacity at Elstree Studios and the new Sky Studios Elstree will also mean more film and TV support companies locating in Hertsmere and more spend in the local economy.

“This can be considered the dawn of a new golden age for the television and film industry in Hertsmere.”

The stages, which are similar in design to the ‘George Lucas’ studio building, will be available for use separately or combined to form a supersize soundstage.

Prior to lockdown plans were in place to fund the project through private investors. However, the current economic crisis meant we were forced to seek support elsewhere.

A bid for a £6m grant for ‘shovel ready’ projects from the government via Hertfordshire LEP is currently being considered.

Nearly a third of the profits flowing from this project will be reinvested into Hertsmere’s creative industry, including training and apprenticeship opportunities, business incubator schemes and seed money for creative start-ups.

To read the full report on Elstree Studios and view a webcast the meeting go here.

Thank you for your upload